Massimo Fagioli (Monte Giberto, 19 May 1931 – Rome, 13 February 2017) was a psychiatrist and psychotherapist, but also a profound intellectual, a philosopher with a countercultural outlook, and an artist who dedicated his life and professional activity to constant research into human reality.

From his adolescence he often accompanied his father, who worked as a Medical Officer, to the hospital and found himself questioning why medicine that worked for physical ailments shouldn’t also help mental illness. This led him to pursue a medical degree, with the specific aim of becoming a psychiatrist and understanding human psychic reality.

After graduating in 1957, he began his professional career in the San Clemente Insane Asylum, situated on an island in the Venetian Lagoon, where he gained his first experience with the chronically ill and the distressing practices of 19th century psychiatry. He then moved, first to the psychiatric hospital in Padua, and later to Binswanger’s Bellevue clinic in Kreuzlingen (Switzerland), where he began group psychotherapy, ‘breaking down’ the walls that separated the city of the healthy from the city of the insane, and living together with his patients with the aim of understanding the non-anatomical workings of the human mind; the origin of mental illness and its cure.

Then, in December 1963, he arrived in Rome, and after many years of research and working as an individual analyst, he published Death Instinct and Knowledge in 1972. This was his first theoretical volume in which he presented the results of his experiences and the fundamental discoveries of Human Birth Theory and the biological origin of the unconscious. Thousands of copies of the book were published and circulated, and it was translated into several other languages.

With Human Birth Theory, Massimo Fagioli demonstrated how important it is for men and women to recover their first year of life, where the mental illness originates. In this stage of life, a lack of deep and affective relationships leads to a lack of affectivity, negation of feeling, and violence.

According to Massimo Fagioli it is from there that recovery must begin, recreating the period in which everything is image and irrationality. It is precisely this ingenious intuition, however, that led him to clash with the thousand-year-old culture that only recognises the binomial of rational-sane and irrational-insane.

At the same time, in 1975, Nicola Lalli – Head of the Institute of Psychiatry at the Sapienza University of Rome – invited him to carry out clinical supervision of fellow psychotherapists. Within a few months, dozens of curious members of the public also began to attend these sessions, and this was the beginning of something that would make Massimo Fagioli’s therapeutic practice unique: Analisi Collettiva (Collective Analysis).

His research into the reality and the unconscious reality of the human being led him to collaborate with architects, interior designers, sculptors, scriptwriters and directors and to work with different artistic languages: film, architecture, sculpture and poetry. 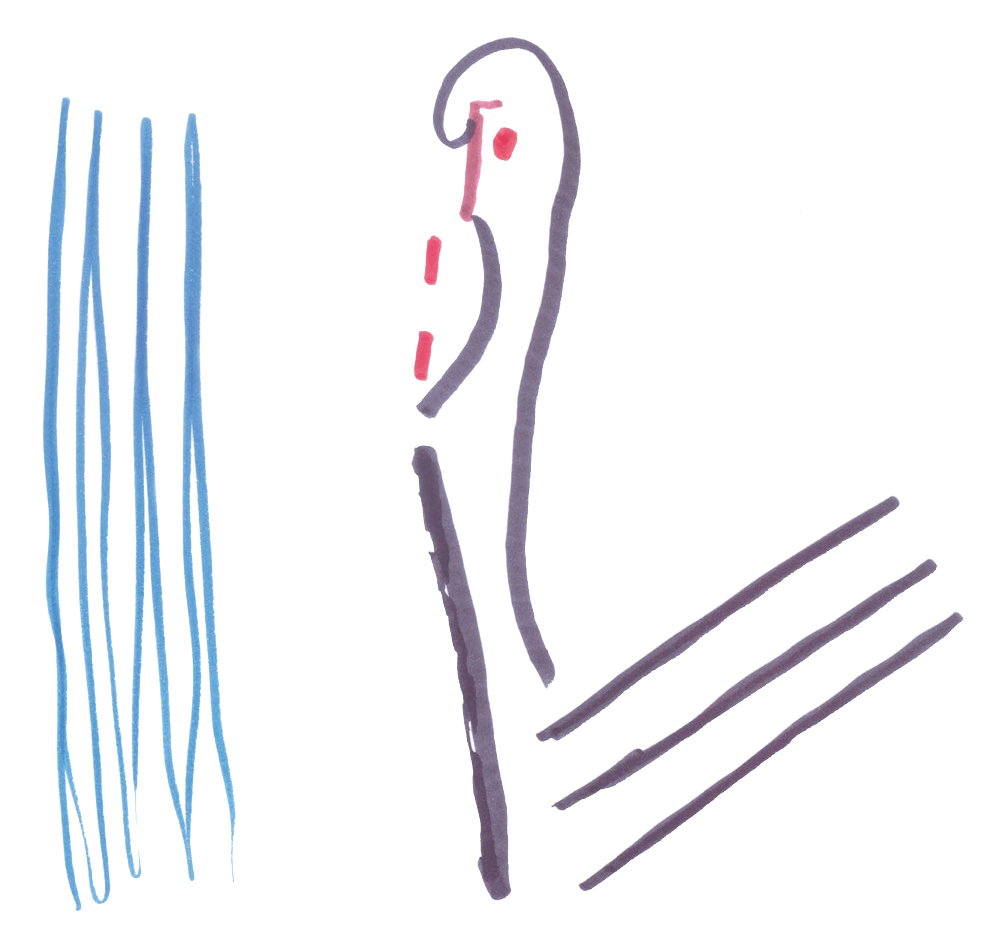 Design and Living, ‘[…] Before Analisi collettiva began, I had never drawn, nor taken pictures; I had never been interested in cameras, nor drawing. On the contrary, with the story of this particular psychotherapeutic work, whereby, let us say it, the irrational, fantasy, the unconscious emerged, all those hundreds, thousands of people, who are anonymous because I do not even ask them their names, required an answer. And, it was not a rational, technical answer they expected, from a physician. Rather, they demanded fulfilment of an unconscious identity, which expresses itself through fantasy […]’.

Human Birth Theory, developed in the 1970s by psychiatrist and psychotherapist Massimo Fagioli, theorizes that human mental reality begins at birth as a biological reaction to light stimulus.

The newborn, reacting to unbearable natural stimuli (light, cold, noise, etc.), carries out a psychic defense reaction against the non-human external world (‘pulsion’), making it, in the mind, non-existent. Simultaneously, through the fusion of the pulsion with vitality, the ‘memory-fantasy’ of the experience had in utero, in the homeostasis of the amniotic fluid, emerges. The infant then undergoes the consequent realization of its own existence, and thus, human thought is born.

Starting from the discovery of the dynamics of birth and the physiological development of human thought, Fagioli investigated its possible pathological consequences, linked to the inter-human relationship lacking in affectivity, constructing a cure aimed at nonconscious thinking.

Would you like to know how to register, how you can attend the conference, whether there will be live streaming or keep up-to-date on the programme and latest news?

Leave us your details and we will inform you as soon as everything is finalized!